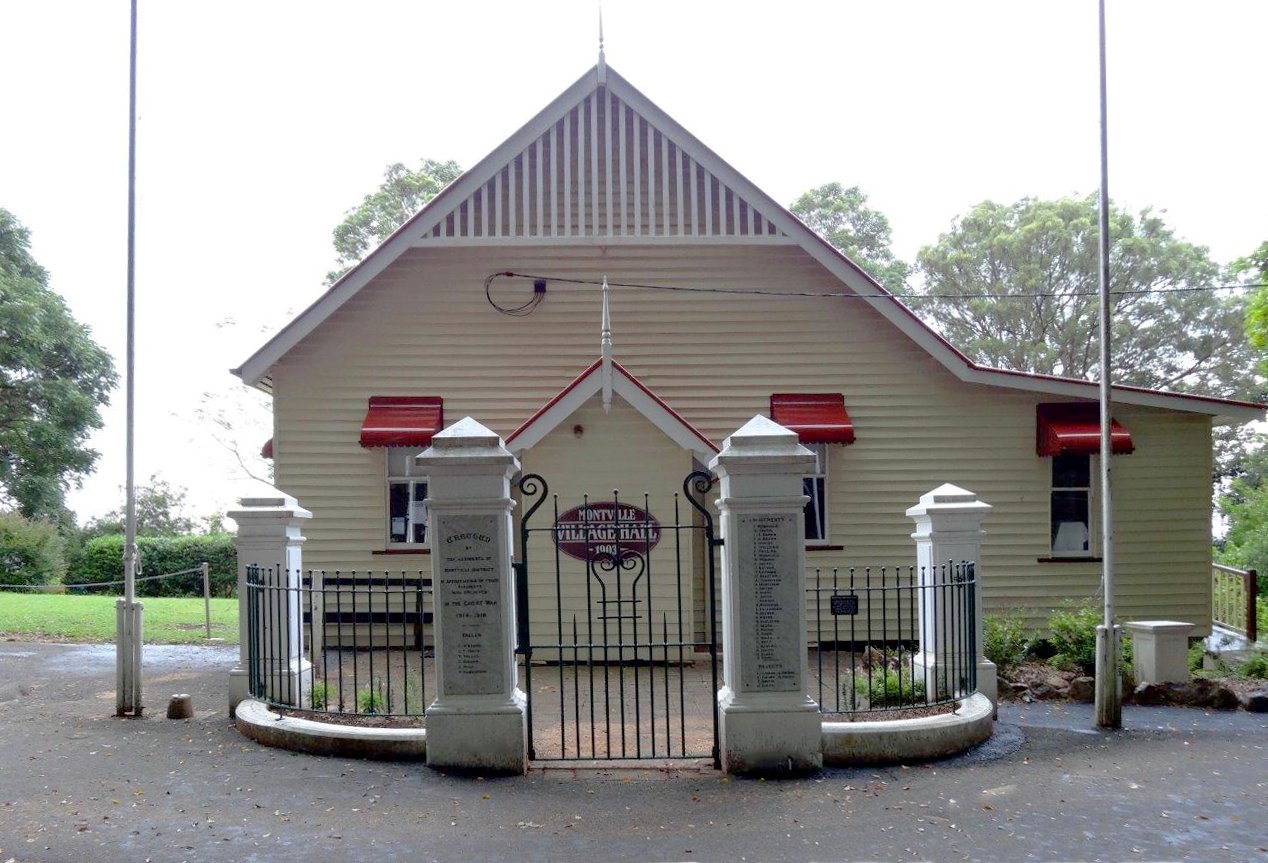 1905 The hall became the venue for local christenings, weddings and funerals. The first recorded wedding in the hall was between James Henry Ruddy and Lilly May Laverick.

1921 The Memorial Gates commemorating those who served in World War One were unveiled. Not only did these list those who served, they also listed those who volunteered but were rejected on medical grounds – unique for Australian War Memorials. The event was celebrated by a fair on the village green and a cricket match.

1930 The first ANZAC Day Dawn Service was held in front of the Montville Hall/Memorial Gates.

1950s The Montville Fruit Growers, Producers and Progress Association, amalgamating three early bodies, became a major user of the hall. The importance of the hall as a venue for local social and cultural activity grew. In particular, Montville Dances became acceptably renowned and Montville Concerts applauded.

1958 A kitchen and supper room was added to the hall.

1960s The Montville Ladies Social and Benefit Club was constituted in 1962 to give purpose and social interaction to an at times isolated female population. This vibrant and energetic group supported the hall through financial and social initiatives until it disbanded in 2012.

1990s The Montville Village Association was incorporated to manage the Montville Village Hall and the Montville Sports Ground for and on behalf of the people of Montville. Back stage infrastructure, including dressing rooms and toilets were added in 1999, eliminating the need for external exits and entrances during theatrical performances; often a challenge in adverse weather.

2000s The Montville Village Hall was heritage listed in 2009 and has had major restoration work undertaken in 2012. It continues to be the centre of local community and social activity, hosting special events like the Australia Day Breakfast, a monthly market, film nights and dances. It continues to provide a venue for a range of local associations, groups and clubs to meet and has become very popular for low cost weddings looking for a natural, heritage setting. It is used extensively for day and night hire by associations and groups seeking an ethical, community-based venue.